Hi everyone, hope you had a great weekend, there was lots going on in the borough last weekend.

I was delighted to be invited by Cllr Mel Collins family to his surprise birthday party on Saturday in Brentford Free Church, Mel was certainly surprised! Cllr Collins turned 75, I would like to wish him many happy returns again.
On Sunday, I attended two events in the Borough, I couldn’t make the classic car show at Hanworth Park House, I’m told by the Mayor, Cllr Tony Louki and Cllr Guy Lambert that it was a great success. Thanks to all the other councillors who also attended.

At lunchtime, I joined fellow councillors, the Deputy Mayor, Cllr Raghwinder Siddhu, Ruth Cadbury MP, and the Mayor of Richmond (who crossed over the border), as well as Tony Arbour, London Assembly Member at the annual Tidefest event in Strand on the Green. Tidefest brings together a myriad of organisations that have a relationship with the River Thames https://thamestidefest.net/ , it was a very enjoyable event, ideal for families. I also met two wonderful volunteers who work behind the scenes supporting Chiswick Lifeboat Station – hats off to them!

I then popped along the river to join members of the Chiswick Horticultural and Allotments Society’s Autumn Show held in Staveley Road Allotments. I was hosted by Charlotte Christie, a local resident and community champion who works hard to make improvements in the local area. I had a lovely cup of tea and a slice of homemade Dundee cake. Charlotte suggested I had my picture taken with this pumpkin – I’m on the left which was best in class! Congratulations to Dennis Flaherty on a magnificent specimen! 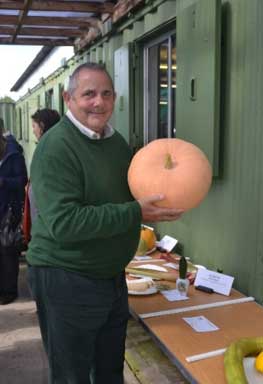 I was out and about in the Borough on Monday, in the morning I met with Gareth James, one of our Senior Transport Officers and a local Artist, who are part of our mini project team to make improvements to Brentford Bridge, including a nicer wildlife habitat, we’re involving local businesses and schools. If you’d like to join us, please email me - steve.curran@hounslow.gov.uk 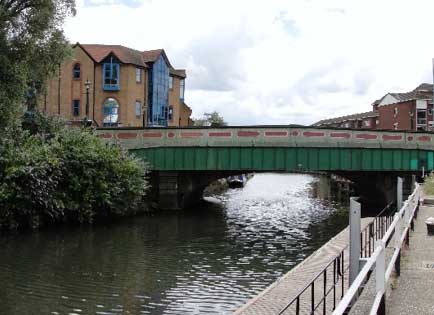 Tuesday and Wednesday, I was in the office clearing the decks as I am taking a few days off before the autumn sets in. While I’m away, Cllr Lily Bath, Deputy Leader of the Council will be in command and as always, I’m sure she will do a great job in looking after the shop!

I did however have time to meet representatives from the RFU, on Wednesday at Hounslow House, we all agreed the RFU (Twickenham) and the Borough should have a much closer relationship so that we can all benefit from having the home of English rugby on our doorstep, particularly for the benefit of our residents and businesses. I’m here with Chris Donnelly, Community Officer, Mark Lynch (Stadium Director), Nigel Cox (Head of Operations) and Katie Dooling (Head of Public Affairs). Sorry I look a bit glum in the picture, we did have a very good meeting. 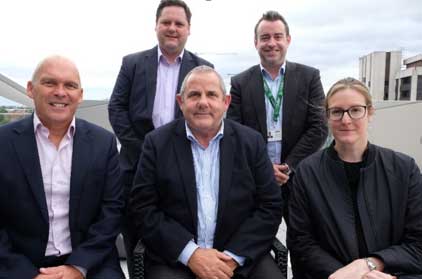 I would like to mention, the launch of our campaign to become the Borough of Culture for 2021 and we need your help to make our bid stand out from the rest - it’s all about our communities and how you make Hounslow special, and use culture as a catalyst for other good things. See how you can help and take the culture quiz - the successful boroughs will each receive £1.35m to support the development of a year-long cultural programme https://www.hounslow.gov.uk/HounslowCulture21

I’m looking forward to the Rugby World Cup starting next week. In the interim, England had an exciting win against Kosovo 5-3 down in Southampton and this weekend Brentford are away to Preston, kick off at 3pm. Safe journey to al the fans travelling up to Preston.

I hope you all have an enjoyable weekend.