Well, the week started off early on Monday morning with meeting a delightful resident in the Grove Park area to discuss some housing issues, pleased to say these have now been resolved.

Quickly followed by a meeting with Martin Case, who represents a local group called Brentford Voice, who are keen to make improvements to the public realm in Brentford, particularly the high-street. This time the topic focussed on the Victorian fountain at St. Paul’s Recreation Ground which has been out of action for some time and needs a bit of love and attention. Officers and I from the Council, with our partners Thames Water will start working together to find a solution so this wonderful feature is reconnected to a water supply and up and running for the community to enjoy once again. Thanks to Martin Case for kick-starting this exciting project!

I missed this off last week’s diary, apologies - I had the pleasure of meeting Sarah Scannell, Assistant Director for Planning, representatives from developers A2Dominion and their building contractor, Higgins on site at the former Morrisons supermarket site just off the Bath Road in Hounslow West, which is being transformed thanks to a £40m project and will provide 176 new affordable homes for residents in Hounslow. 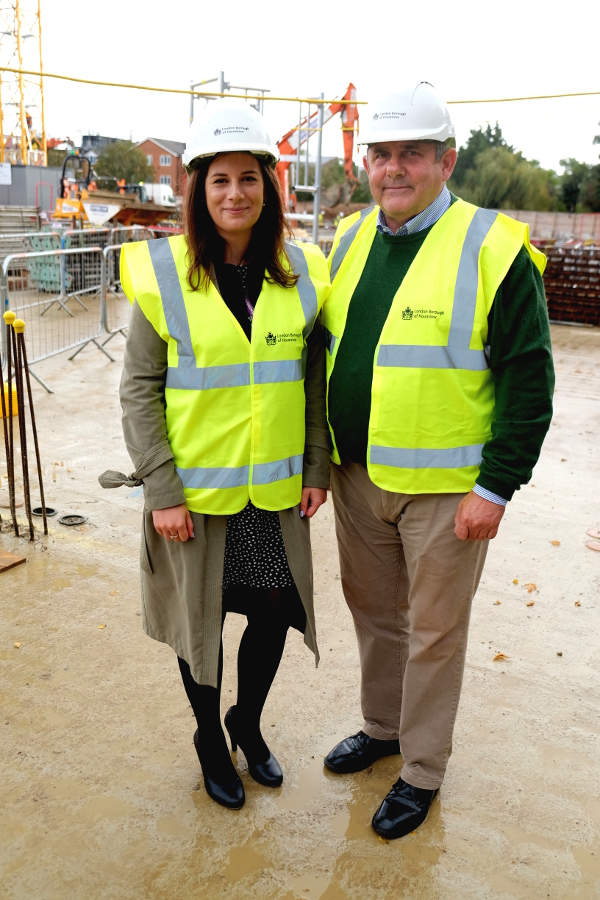 At the end of the day, I chaired a Child Protection Board Meeting with Cabinet Member for Education, Cllr Tom Bruce. These are always difficult meetings because we hear some harrowing reports from Officers concerning children and young people in the borough. I would like to thank our children’s Social Workers and other officers who do a fantastic job in protecting our young people.

Tuesday was a big day in the life of our facilities management company LFM 360 which was relaunched as Coalo, at their distribution centre in Feltham. Colin Gallaugher, Managing Director and his team have done a brilliant job turning this around so quickly so well done to all concerned.

I want to mention the 10 apprentices I met and, Cherise Greaves and Patrycja Bezowska who joined the Coalo Apprenticeship Programme as part of our “women in trades pathway” initiative. They are working towards becoming a qualified carpenter and an electrician. 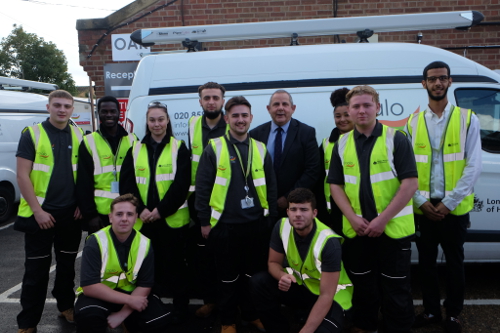 Back at Hounslow House, Chief Executive, Niall Bolger and I interviewed several very strong candidates for the new role of Assistant Director of Communications.  Hopefully I’ll be able to announce the successful applicant in next week’s blog so watch this space.

I then joined colleagues to wish Jacqui McShannon farewell, as she departs Hounslow Council after being with us for 26 years. Jacqui is a real credit to her profession, she has worked passionately for children and young people in the Borough and was instrumental in our Children’s Services attaining a ‘good’ rating from Ofsted last year. I would like to thank her for her service to Hounslow and in particular the hundreds of children and young people she has helped during her career here. I would like to wish Jacqui every success in her new role as Director of Children’s Services at Hammersmith & Fulham. 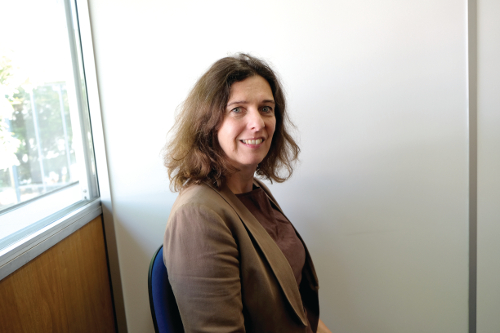 On Wednesday, I had one of those unexpected nice meetings when Niall and I were introduced to a young man just out of University, who was dead keen on working in local government, so we were able to impart some words of wisdom to him! I hope!

In the afternoon, I met with council officers Kate Bull, our Bids and Funding Manager and her right hand, Daniel Murphy, who both do a fantastic job in bidding for grants and initiatives that really benefit our residents and businesses – we really couldn’t do a lot without them!

The purpose of meeting was to discuss ways to improve the night time economy in Chiswick High Road, as we will be hosting ‘The Night Czar, Amy Lamè’ in November to discuss our draft improvement plans, which we hope to have the support from Amy Lame and her team at the Greater London Authority. We have seen a considerable downturn in our high-streets, not only in Hounslow, but in the rest of London and the country.

We are committed to do everything possible through our future Town Centre Strategy which is currently being worked up by Officers across the Council, who will work closely with partner organisations, local businesses, community groups and volunteers in shaping the strategy.

Unfortunately, I was unable to join Mayor, Tony Louki and other councillors to watch the Bees take on Bristol City on Wednesday night, Bees were unlucky to concede such a late goal to the table rising Robins. I’d like to thank Sally Stephens, Project Manager at Brentford F.C for providing the Mayor with the tickets, the money raised will contribute £350 to the Mayor of Hounslow’s chosen charities; Our Barn Community and Hounslow Senior’s Trust

On Thursday I had one of my regular meetings with Ruth Cadbury MP for Brentford & Isleworth, we discussed of course Brexit and the affects it has on business and residents, Universal Credit and Housing. It’s a pleasure to work with Ruth, as many of you would know, she had over 25 years’ experience of being a councillor so knows how the council works inside out. 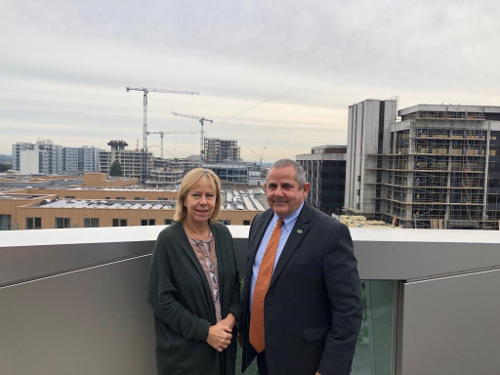 I then met with the Deputy Mayor for Transport, Heidi Alexander where we discussed step free access to Kew Bridge station, improvements to Gunnersbury, and the impact resulting from the closure of Hammersmith Bridge.

This week we started planning Hounslow Borough’s attendance at MIPIM next March 2020 (South of France). A four-day networking event where developers and investors come together so that we can have the opportunity to encourage them to build new homes and businesses in the Borough. There is lots of competition as you can imagine, and we are up against other boroughs in West London, as well as places like Manchester, Newcastle and Birmingham who are all trying to attract investment. For those of you who may wander who’s paying, it is fully funded by our sponsors and there is no cost to residents.

Storm Lorenzo is certainly making the temperature feel lower than it would normally in October, hopefully we won’t see much of the down pours like other parts of the South West but do check the weather before you set out on your travels.

I’m looking forward to England v The Pumas (Argentina) on Saturday at 9am, wishing them good luck against the team that very nearly defeated Les Bleus!

Enjoy the weekend everyone!