To start my first blog of the year, I’d like to wish everyone a Happy New Year – I hope you enjoyed the festivities over the Christmas break. It’s that time of year that we leave behind the over-indulging and put into action our resolutions for change - vegan January, dry January, you name it! For those of you who worked throughout this period - council staff who were on call, residents and our emergency services - I’d like to thank you for keeping the borough ticking along.

On to the highlights of my week. I was filmed by Sky TV, who are supporting our application for a major planning award. This will showcase how we have worked with two school Trusts, Grasshoppers Rugby Club and Sky to deliver 2,600 school places in Osterley. We are very proud of the work undertaken to deliver the new school places, both new schools and expansions. Although we are not allowed by the government to open our own Local Authority maintained schools, we have a key role in finding the best school providers and working with them to make new schools happen. We have invested over £10m to enable the delivery of Bolder Academy and Nishkam School, through relocating Grasshoppers to a new state of the art facility for the benefit of the local community.

I had the pleasure of meeting two of our Housing Officers who were involved in the arrest of a suspect wanted for alleged murder. They both worked very closely with our police team and without their help and persistence the man concerned would not have been arrested so quickly. I met with Vicky Button, Housing Management Coordinator and Julie Powell, Housing Officer to personally thank them for their professionalism and for helping to keep residents safe. They are both a credit to themselves and the borough. 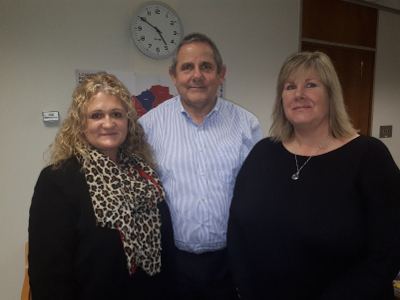 We held the first Great West Corridor (GWC) Member’s Workshop to open discussion and provide comment on draft planning proposals that have been set out. You will have seen that the council is preparing a Local Plan review for GWC which will transform this opportunity area and deliver much needed jobs and homes for the borough. The plan will set out the council’s vision and opportunities for good growth over the next 15 years. To have your final say on the proposals, a drop-in session will be held for residents and businesses later this month on 24 January, 3-8pm at Brentford Free Church.

Later in the week, I was invited to attend the official opening of Oakland School, joined by Hounslow Mayor Cllr Samia Chaudhary and Guest of Honour Joanna Lumley OBE. We were given a tour of the school and in the opening ceremony enjoyed performances by the Singing Hands and Oakland School students. I’d like to commend the team who worked so hard and were involved behind the scenes to develop the project and build the school. 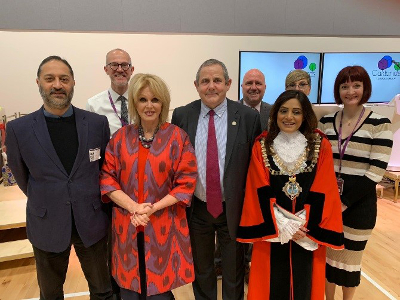 Hounslow Mayor Cllr Samia Chaudhary and I met officers who were heavily involved in the successful build of Oakland School, along with Guest of Honour Joanna Lumley OBE

I was joined by Hounslow Mayor Cllr Samia Chaudhary to attend the Lord Mayor of London Alderman Peter Estlin’s annual London Government Dinner at Mansion House. There were some excellent speeches made by the Lord Mayor, Mayor of London Sadiq Khan and Peter John, Leader of Southwark Council and Chair of London Councils. It was great to catch up with Dr Onkar Sahotra, Chair of London Assembly Labour Group, with whom I work closely on the expansion of Heathrow to ensure we get the best deal for our residents. It was also a delight to meet Night Czar Amy Lamé again, who is tasked by the Mayor of London to ensure London thrives as a 24-hour city. We caught up on the exciting developments going on in Hounslow to improve nightlife entertainment for residents. 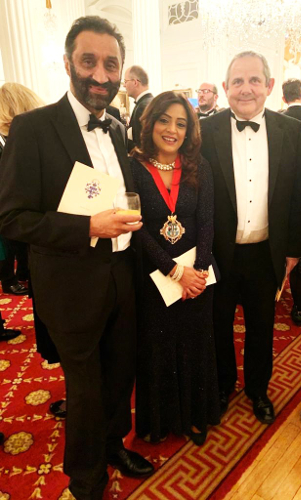 It was great to catch up with Night Czar Amy Lamé

It’s been a busy, event-filled start to the new year with some fantastic projects in the pipeline!

Tomorrow (Saturday), I’ll be joined by the Mayor of Hounslow, Councillor Samia Chaudhary, to celebrate the official opening of Hanworth Air Park Leisure Centre following £1.3m refurbishment works to the pools and gym for the benefit of the local community. If you’re in the area, pop in to check out the great new facilities on offer.

Brentford FC will be playing at home against Stoke City - as always, good luck to the Bees! I’m also looking forward to seeing the London Irish play local rivals Richmond at the Madejsky Stadium in Reading on Sunday. As you may already know, the London Irish will be moving to Brentford Community Stadium in 2020 and will be a great asset to the borough!

Have a good weekend all.