With news of the beast from the east making a return, the biting cold weather is a reminder (if you haven’t already) to dig out your hats, scarves and gloves to keep warm. I certainly want to avoid the cold, especially while suffering from a chest infection that I can’t seem to shake!

Over the weekend, I visited Hanworth Air Park Leisure Centre to celebrate the official opening following £1.3m in refurbishment works. I was joined by the Hounslow Mayor, Cllr Samia Chaudhary, ward members for Hanworth, Cllr Candice Atterton and Cllr Richard Foote, ward member for Hanworth Park Cllr Puneet Grewal, and Seema Malhotra, MP for Feltham and Heston. It was great to meet with local residents who enjoyed getting stuck into the gym taster sessions, health assessments and the spin challenge. The centre is one of many in Hounslow that have recently had an injection of funding to provide even better facilities for residents and to encourage fit and healthy lifestyles for everyone. 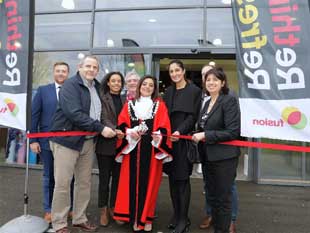 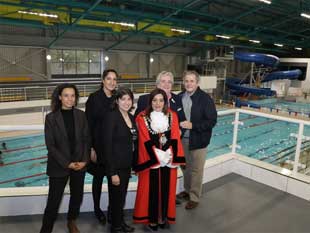 You may have seen that our Local Plan Reviews for the Great West Corridor and West of Borough are underway. The reviews will give residents the opportunity to have their final say on the draft Local Plans which cover everything from more much-needed housing, so families can continue to live locally, to more schools and health provision to meet the needs of growing communities. These plans also explore employment opportunities as well as the infrastructure to underpin potential development, from more roads to parks and open spaces. While we have a vision for Hounslow, we want to ensure residents can contribute to this to help shape the future of the borough.

Early in the week, I was interviewed on Radio Jackie and talked about our housing pledge, school places and Heathrow amongst many other things. Radio Jackie is based in Tolworth and it was strange going back to where I was born and bred. I went past my old primary school and although my days there were a fair few years ago, (I won’t reveal exactly how many!), it brought back many fond memories.

After over 30 years of front line service in the Metropolitan Police, and serving half of that service here in Hounslow, Sergeant Kevin Sinclair has retired this week. I first met Kevin when he was the sergeant in our community safety team based in the civic centre. Kevin was an excellent officer and was always very supportive of the council in its work, particularly around dealing with drug dens. I wish him all the best in his retirement.

I attended an Ealing Planning Committee meeting this week held at Ealing Town Hall and on the agenda was the development for Gunnersbury Triangle in collaboration with the London Wildlife Trust. A new wildlife visitors centre was given the green light which will not only enhance access to the nature reserve for residents, but more importantly, will provide a teaching environment for school children.

To pay for the new centre nine new homes will be constructed on the current small scrapyard site, as part of a joint venture between EcoWorld London and the council’s wholly owned company Lampton 360. Plans to make improvements to facilities for visitors have been bubbling for over three decades. This great result is a testament to the work of the staff and volunteers at Gunnersbury Triangle and the London Wildlife Trust who will be able to share the fruits of their labour with local community.

Later in the week I had a catch-up meeting with officers regarding planning for our trip to MIPIM, a networking event gathering thousands of international property professionals, which will be taking place in France in March. This is an annual event where we promote the borough for investment. The trip is paid for through sponsorship and will really give us a boost to put Hounslow on the map. There’s tough competition to attract investment in these Brexit times as we’re up against other London boroughs. I’ll keep you posted on this!

I was invited to the Regus Brentford Vantage’s launch event held by the Hounslow Chamber of Commerce. It’s shame I couldn’t make it due to my chest infection which seemed to worsen over the course of the week. The completion of the centre is great news for businesses and the community. I missed out on the grand tour but managed to have a look at some of the photos and I must say it looks great. Thanks for the great work of the Hounslow Chamber of Commerce who arranged the event.

Some of the working areas at the new centre – a job well done!

Tomorrow (Saturday) my surgery will be open and as always everyone is welcome. The details are on the council website if you’d like to come along. In the evening, I’ll be attending our Hounslow Mayor’s fundraising event in Osterley Park Hotel. The Mayor will be doing her best to raise even more funds for her chosen charities CW Plus Sun and Stars Appeal, West Middlesex University Hospital and Mind, Ealing & Hounslow. As it’s a black-tie event, I’d better dig out my best suit!

As always, good luck to the Bees who will be playing Rotherham tomorrow. The Bees triumphed 3-1 against Stoke City last weekend so I’m hoping they will pull another great finish out of the bag!