I know lots of people have been suffering from nasty colds and flu recently and with weather warnings issued this week, we must all wrap up warm and only go out if absolutely necessary. That said, I’m glad we’re not experiencing the Polar Vortex! My chest infection reared its ugly head again, so I didn’t make it in to the office on Monday. I’d advise anyone who has had a persistent cough spanning over several weeks to seek medical advice – and hopefully, unlike myself, you’ll have a swifter road to recovery.

We had some very exciting news to start the week with practical completion being achieved for our new office Hounslow House. It’s official, the building is now formally ours and there’s not long to go before we leave the Civic Centre – the pressure is now on! The new building, purpose-built with a community focus, is situated just a short walk away from the Civic Centre and brings us closer to the heart of Hounslow town centre. The move will make way for 919 new homes including affordable housing at the former Civic Centre site, with thanks to collaborative work with Linkcity, Notting Hill Genesis, and the GLA. Keep an eye out for more updates on this. 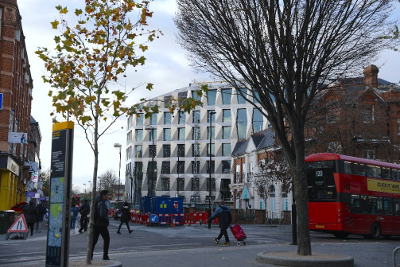 Also, some excellent news this week for Hounslow’s Youth Offending Service (YOS), who were inspected by Her Majesty’s Inspectorate of Probation (HMIP) back in November and were rated as ‘Good’- which is the second highest rating. The service work with young people involved in criminal behaviour and youth crime prevention and their excellent work hasn’t gone unnoticed. Thanks to Cllr Tom Bruce, Cabinet Member for Education, Children and Youth Services and to the team for their hard work in supporting young people in Hounslow on to positive pathways.

At last, things are progressing with CS9 and there are plans to start construction of a major new 7km cycle route later this year, subject to approval.  Transport for London (TfL) has also now released the second consultation on two parts of the route; Kew Bridge and Duke Road, and I’d urge everyone who is interested to take part and give their feedback. I’ve agreed to meet up again with a group of Chiswick residents who I met after the first consultation to discuss upcoming plans and the second consultation. 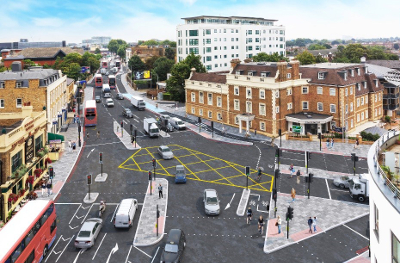 I attended a Dukes Meadow Project Board meeting and things are moving apace. We’ve been out to consultation on parking restrictions and charges, calling for residents to give their feedback on how we move forward. The results of that consultation will be known shortly, and we’ve agreed that the money from parking charges will be ringfenced to reinvest in improvements to Dukes Meadow.

As you know the council is committed to improving the environment in the borough and through the Brentford and Isleworth Area Forum I’m pulling together a project to revamp the bridge at Brentford Lock for the benefit of the local community. I’ll also be working with officers to make other environmental and ecological improvements on the canal edge. More on this later!

Speaking of improvements to the environment, I had a meeting with Cllr Ron Mushiso, Ward Member for Turnham Green, Cllr Katherine Dunne, Cabinet Member for Communities and Workforce, and council officers to discuss greening measures to improve air quality at St Mary’s school and other schools in the surrounding area. We know that having a cleaner, greener borough is important to our residents so it’s a top priority for us. We’re taking a cross party approach to this work and we’ll be taking proposals forward with schools, residents and parents.

I had an interesting meeting with John Holland-Kaye, Chief Executive of Heathrow Airport, to discuss plans for expansion and development. I was also joined by our new Chief Executive, Niall Bolger and this was the first meeting he has had with Heathrow since he started in December. We discussed the Airspace and Future Operations Consultation that’s currently live and I encourage everyone to be involved. We also talked about the here and now which is just as important, and we want to work with Heathrow so that they can continue to improve the environment and mitigate the negative effects that the airport has particularly around air quality. We recognise Heathrow is one of the biggest local employers, with thousands employed from our very own borough, and will continue to work together to get the best possible deal for the benefit of Hounslow residents.

I mustn’t forget to mention our new garden waste collection service which will launch on 1 April and runs to the 31 March 2020. Residents can sign up to the service from today - for full details and to subscribe visit the council website.

It has been another busy week with lots of positive and exciting changes in the pipeline for Hounslow. To top off the week, Brentford Football Club have appointed their new Chief Executive, Jon Varney. I wish him all the best for when he takes up his new role in March and as always, good luck to the Bees who’ll be playing Blackburn tomorrow! Also, best of luck to the England rugby team in their first match of the Six Nations Championship against Ireland.

I have a quieter weekend ahead but on Sunday I’ll be celebrating my birthday with my family - though I’m not going to tell you how old I am!

P.s - apologies to David Blackett, Chairman of the Heston Residents’ Association, who I forgot to mention in my blog last week – David kindly chaired the Cabinet Question Time event– as always thanks to David and his team.