This week we published the results of our Resident’s Survey, which we carry out every two years. The results give us food for thought and enable us to take action on the specific areas we know are a concern for our residents. It’s great to see that 84 per cent of residents are satisfied with where they live and 72 per cent are satisfied with council services. However, we also acknowledge that the lowest-rated council service was repair of roads and pavements and we’ll be taking steps to address this. Thank you to those who took part in the survey - your feedback is invaluable. You can see the full results of the survey online.

If you haven’t had the chance to attend one of our screenings in celebration of LGBT History Month – there’s still time to book your free ticket. Beautiful Thing will be showing this evening (22 Feb) and the final showing of Stud Life will be held on 27 February. All screenings are shown in the council chamber, which we will be saying farewell to in our move to Hounslow House over the next few weeks. If you have the chance to attend, you’ll also notice on your arrival that we’re flying the LGBT flag and will be for the duration of the month.

I hope residents took the opportunity to quiz experts on the Google Digital Garage Bus stationed in Feltham and Heston this week. The bus has been travelling across the capital, delivering free training to local communities, and we were pleased to welcome it to the borough. The bus offered a range of free courses from how to build a CV to getting the best out of your social media channels and included one-to-one coaching on digital skills. 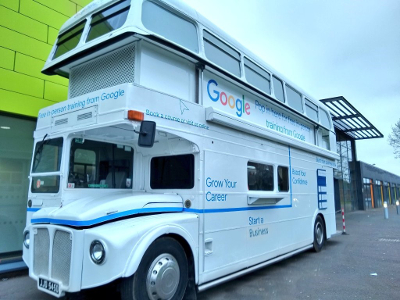 I visited our CCTV control room, with Cllr Tony Louki, ward member for Osterley and Spring Grove, (though I can’t tell you where it is!) we saw some extraordinary videos of people who are fly-tipping. We’re looking at producing a wall of shame so that residents can help us catch these culprits and bring them to book. As far as I’m concerned fly-tipping is anti-social behaviour and should be treated as such - with zero tolerance. To give you an example of just how frustrated I am about fly-tipping, when I left my home the other day, a kind person had dumped a microwave outside my house. What possesses a person to do this is beyond me!

I also met with enforcement officers to discuss how to deal with a couple of garages in the borough who are not playing by the rules and flooding Controlled Parking Zones (CPZ) with their vehicles. Residents are angry and frustrated that their CPZ’s are being abused and we’ll be keeping a close eye to ensure this does not continue.

Cabinet Question Time was held this week in the theatre at Brentford School for Girls. It was a well-attended event as usual, with some very challenging questions from our residents. It’s great to see so many people engaged with what the council is doing on their behalf. Thanks to my colleagues and of course to the residents who came along. That’s the end of the series of Cabinet Question Time for now, but they’ll be back later in the year.

It’s important for me to put some time aside to meet with residents weekly to address any concerns they may have. I met a group of Chiswick residents who have serious concerns regarding the proposals for the Cycle Superhighway 9, particularly in Chiswick High Road. It was a very constructive meeting - more about this later. I also met with residents on Granville Avenue, Feltham, who were recently concerned with fly-tipping in local alleyways. We provided a skip and the residents have done an excellent job of clearing their neighbourhood – I’d like to say a huge well done to those involved. We’re always happy to help communities who wish to do similar work to improve their local area. 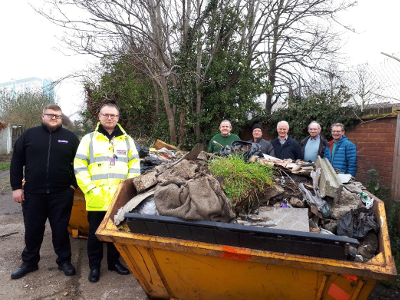 It’s Wales vs England in the Six Nations tomorrow, good luck to the boys - this could be the grand slam decider! Also, good luck to Brentford FC who will be playing Hull City. Their last game against Swansea didn’t end well so I’m hoping they pull a win out of the bag!