Spring is almost here, and the lighter days seem to already be making a difference! The short taste of summer weather that we had earlier in the week has me looking forward to the months ahead!

Improving air quality in the borough is a top concern for us and we’re looking at ways to work collaboratively to deliver environmental improvements to safeguard the health of our residents. This week we held our very first Air Quality Summit in Brentford and welcomed many residents and business owners from across the borough. We heard from expert speakers on the impacts of air pollution and the latest interventions to reduce (mostly vehicle) emissions. There was also an opportunity to quiz senior officers and councillors about our Air Quality Action Plan. Thank you to those who took the time out to attend, and a special thanks to pupils from Hogarth School who came brimming with ideas. 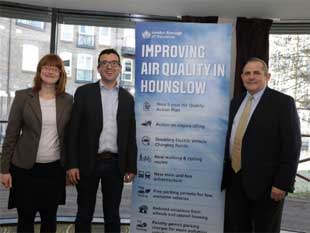 I’m here with Cllr Katherine Dunne, lead member for Communities and Workforce and Dr Will Norman, Mayor of London's Walking and Cycling Commissioner 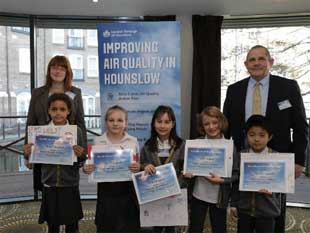 It was great to meet pupils from Hogarth School

On the subject on air quality, this week the Mayor of London opened his scrappage fund to help microbusinesses and charities scrap their older, more polluting vans and minibuses, and switch to cleaner vehicles. The funding is being made available in preparation of the Ultra-Low Emission Zone in central London from 8 April. As you know, Hounslow is not currently within the London congestion charging or T-Charge zone, however parts of Chiswick will be included from 2021. These hard-hitting measures will help to reduce the toxic air pollution that passes through our lungs every day!

National Apprenticeship Week is fast approaching so look out for the events we’re holding across the borough. If you or someone you know is interested in an apprenticeship, drop in to one of our sessions. It doesn’t matter what age you are, or how far you are into your career - there’s something for everyone! Our officers will be on hand for you to pick their brains. You can see full details of the events on our website.

Our move to Hounslow House is getting closer with the final touches being made ready for staff to move in over the next few weeks. I joined the Deputy Leader Cllr Lily Bath and Chief Executive Niall Bolger for some photos at our new headquarters and I must say it’s looking great! Though we will miss the Civic Centre, we’re looking forward to settling in to the new building. 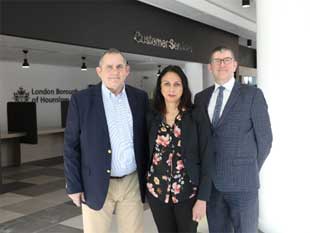 The reception area in the new building has shaped up nicely!

Fullers Brewery is one of Hounslow’s longest standing businesses - a family run company that has been going since 1845 - based in Chiswick. We are very proud of them and they have recently been taken over by Japanese company Asahi. I was joined by our Chief Executive Niall Bolger to meet with Richard Fuller, Corporate Affairs Director of the Brewery. It was a positive meeting and we have been reassured that the takeover will be for the benefit of the brewery, which will continue to operate for many years to come.

At our council budget setting meeting this week it was agreed to increase council tax due to government cuts to local authorities. It’s clear to me that austerity is not over for residents of the borough when we look at the rise in number of people using foodbanks and the number of women and girls who can’t afford sanitary products. The Red box charity is doing a great job for us in Hounslow alongside the many other dedicated charities supporting our residents.

It was great to be amongst the talented business owners of our borough at the Hounslow Business Awards, run by the Hounslow Chamber of Commerce. I was also joined by Hounslow Mayor Councillor Samia Chaudhary, our Chief Executive Niall Bolger, Deputy Leader Cllr Lily Bath, Cllr Shantanu Rajawat, lead member for Finance and Corporate Services and Peter Matthew, our Strategic Director of Housing, Planning and Communities. The event was the sixth of its kind, with 100 businesses entered for 10 award categories. Congratulations to all of the nominees and winners of the night, including The Clayton Hotel in Chiswick for Best Business of the year. 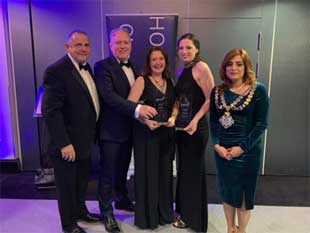 I went to meet a very happy resident today in Brentford. She and her family of five have been in temporary accommodation for over four years, and they’ve just moved into their newly built four-bedroom home on the Syon Estate. The home was built on an unused plot and this development is part of our programme of building council homes on council land to keep costs down while providing much needed homes for our residents. 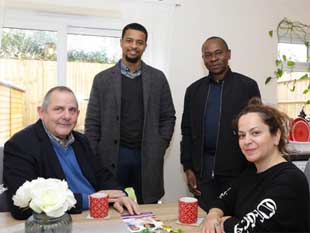 I was joined by two of our housing officers who were responsible for delivering the project – a job well done!

I’m looking forward to attending the Feltham HIRA Islamic Centre next which - just one of many mosques to be taking part in the national #VisitMyMosque initiative. In the spirit of friendship and conversation, members of the local community can gain insight into the life of the mosque and can ask any questions they may have. More information on this can be found on the Feltham HIRA Association website.

The Brentford FC boys suffered a loss against Sheffield this week so I’m hoping they pull a big win out of the bag against local rivals QPR tomorrow. We have some tension at the council because Cllr Tony Louki (QPR) and Cllr Mel Colins (Brentford FC) are rivals on this occasion! It’s also the London Irish vs London Scottish on Sunday and as always, I’m rooting for London Irish (any Scots who read this, don’t take this personally!).