Hello everyone, I arrived back from MIPIM on Friday afternoon and immediately back involved in council business. I would like to thank Cllr Lily Bath, Deputy Leader, for holding the fort while I was away.

MIPIM this year was very good! I met with lots of investors and developers who were interested in what Hounslow has to offer, particularly around regeneration and development opportunities. Since I’ve been back, I have already arranged several meetings to take their interest forward.

One of the highlights of my MIPIM trip was receiving the keys to Hounslow House. This was a very symbolic handover as it marks a new step for Hounslow Council by moving into a more efficient, modern and cost-effective working space. The keys were presented by Bouygues and Linkcity UK and was a 3D printed model of Hounslow House. Our current offices will close on Friday 12 April and we will open as usual on Monday 15 April at 9am in our new building at 7 Bath Road.

Watch out for more information on this in the coming weeks. 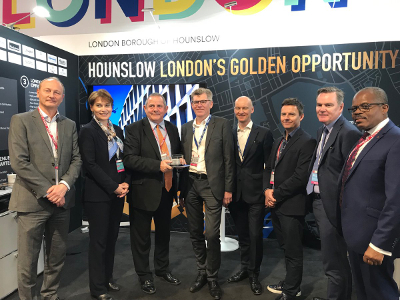 While at MIPIM, the evening standard carried an article written by Peter Murray in which I was quoted.

When I returned from MIPIM on Friday, I unfortunately saw an Air Ambulance landing on Thornbury Park in Isleworth. I was informed by the police of a stabbing that had taken place, this was followed up by another stabbing on the Saturday.

Hounslow is a safe borough. Like London and the rest of the country, we are blighted particularly by young people carrying knives on the streets. This has to stop, the council is working with police and other agencies to reduce knife crime – London Needs You Alive

Later that afternoon, I received phone calls and emails from concerned residents in my ward, Syon, about gypsies and travellers that had trespassed on Acton Lodge, Brentford and were fly-tipping. I am very grateful to those residents who contacted me and to the police and enforcement officers who ensured that the gypsies and travellers had left the site within 24 hours. Unfortunately, they had left large amount of fly-tipped materials which will be costly to remove.

Now back to the week at hand.

Before I came into the office on Monday, I was invited to a Marie Curie Coffee Morning down at the Brentford Dock community hall. Thanks to Hugh Pickton for the invite and to Leigh Jennings for the scrumptious cakes. 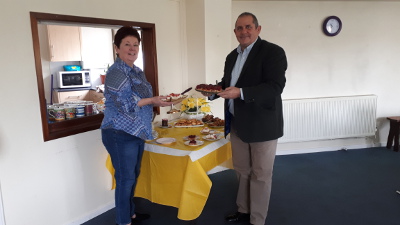 I was in the office for the reminder of the day catching up on phone calls, casework and emails.

On Tuesday, I attended the London Council’s leader’s meeting in Central London. This is where all London Council leader’s come together and discuss key topics. An agenda for this meeting can be found online

On Wednesday, I went to Clements Court in Cranford to be interviewed for TV discussing the recladding of Clements Court post-Grenfell and how we are working to provide more housing for our residents through the 5000 housing pledge.

For those of you that didn’t know, Thursday was Odd Sock Day in support of World Down’s Syndrome Day 2019, I could never fall into this trap as I only buy black Marks and Spencer’s socks (other brands are available!).

The day was created to celebrate the lives of people with Down's syndrome and to make sure that they have the same freedoms and opportunities as everybody else. This year's theme was "Leave no one behind," to emphasise that "all people with Down's syndrome must have opportunities to live fulfilling lives, included on a full and equal basis with others, in all aspects of society."

At the end of a busy day in the office, my final meeting for the evening was chairing the affordable housing committee. (link to minutes) 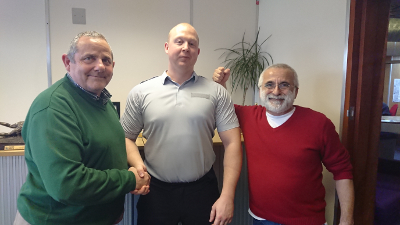 By strange coincidence, my political assistant Rob Neville will also be leaving us to start his training as a police officer at Hendon as well. I wish both Roberts the very best of luck in their new careers and I look forward to seeing them back in Hounslow in the future. 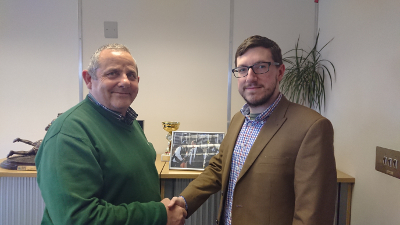 This morning, I met with an officer from the Transport and Traffic team to discuss improvements to the footway parking in Cherry Crescent, Brentford after several residents had raised concerns.

In the afternoon, I met with Shafiq Rehman, General Secretary, Hounslow Jamia Masjid and Islamic Centre for a coffee in the High Street to discuss issues relating to the mosque and the Muslim community and also we caught up about tragic events in New Zealand. We of course offer our prayers to all those involved. 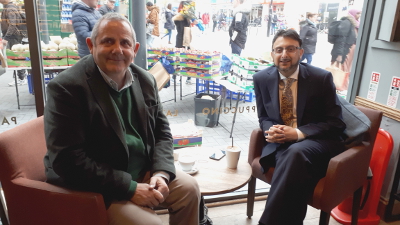 After my coffee with Shafiq, I attended the Aspire event at West Thames College. Aspire is a careers event which invited many local employers including the NHS, Canon and the Civil Services to come in and talk to students about career opportunities through internships, apprenticeships and mentoring schemes.

It is important to hold these events as one of our five key pledges, as a council, is to create 4,000 new apprenticeships and training opportunities to help young people into work.

I would like to thank Tracy Aust, Principle at West Thames College for the invitation. 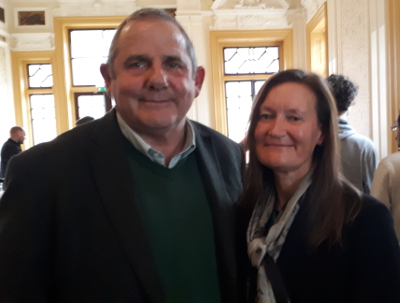 Commiserations to the Bees after suffering a 0-1 loss to the Albion. They take on Wigan away in their next fixture and we wish them the best of luck.

England Rugby were lucky to get the 38-38 draw against Scotland. In cricketing terms it would be classed as a losing draw.

I hope you all have a wonderful weekend!