It’s now officially British Summer Time as the clocks went forward on Sunday. I hope the time change didn’t catch too many of you out! But the good news is we’ll have lighter evenings.

Also, on Sunday, I joined Councillor Guy Lambert, Ward Councillor for Brentford, as he organised a litter collection for the Great British Spring Clean campaign. This litter pick took place on the A4 between Windmill Road and Ealing Road. We had a very good turn out and collected 25 bags of rubbish and miscellaneous items including sandbags, a head board, a duvet and cabling. 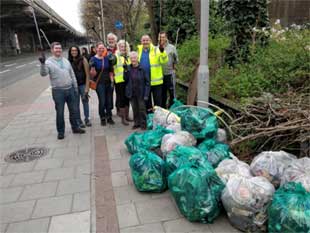 Cllr Lambert is not in the photo because he took it!

A big thank you to everyone who has been taking part in the litter picks across the borough. More will be taking place, and if you are interested in joining a litter pick in Brentford, please contact Cllr Lambert at guy.lambert@hounslow.gov.uk or you can join any of the Great British Spring Clean litter collecting events that are taking place across the borough. Just follow the link here and select an event within the London Borough of Hounslow.

On Tuesday I Chaired the West London Skills and Employment Board, we meet monthly to ensure the employment and skills needs of West London’s employers are met through developing the skills of local people. At this meeting we discussed the £3.4m of Skills Sip funding that has been awarded to west London boroughs from the City of London Corporation and we were joined by Rosie Clayton from the Royal Society of the Arts to discuss how we might best use the funding to help our local learners progress and succeed in work. We also considered the positive impact of HS2 which will create nearly 10,000 jobs over the next 15 years. A priority action identified by west London boroughs is identifying a high quality, joined up health and social care workforce that meets the needs of local people, and Richard Griffin from Health Education England joined the Board to talk through the priorities for how we will create meaningful local jobs.

On Wednesday, I spent much of the day in Slough with members of the Heathrow Community Engagement Board (HCEB).  I was joined by other council leaders including Councillor Julian Bell, Leader of Ealing Council, and Councillor James Swindlehurst, Leader of Slough Borough Council, to discuss the recent consultation and the priorities for the board over the next 12 months including the forthcoming consultation on the masterplan development.

In the evening, I joined the Mayor, Cllr Samia Chaudhary, at the Community Champions reception in the Mayor’s Parlour The event was held to recognise local individuals and groups for their outstanding work in the community.  The Mayor presented certificates to all nominees.  Nominations came from ward councillors, the Mayor and MPs. 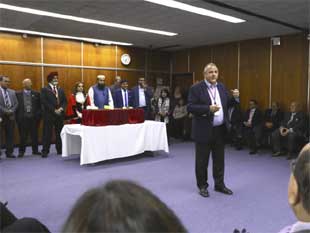 Here I am at the Community Champions reception in the mayor’s parlour with the Mayor, Cllr Samia Chaudhary, giving a speech

On Thursday, I met with the Senior Organiser for GMB, Keith Williams. GMB is the trade union for working people from all walks of life.  The purpose of the meeting was to introduce Keith to Niall Bolger, our Chief Executive. 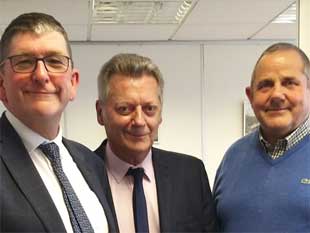 Later, I joined Councillor Alan Mitchell, ward councillor for Feltham West, to discuss how we can support our residents in cleaning up the service road at the back of Hanover Avenue. As you will know, we are supporting all our resident groups who want to clean up their areas.

In the evening, I attended the meeting called by Ruth Cadbury MP for Brentford and Isleworth, to discuss the recent upsurge in knife crime in the borough. I was joined by other councillors as well as Chief Superintendent Paul Martin, Borough Commander of the West Area Borough Command Unit (BCU).

On Sunday, we have our first event organised as part of our new events programme from the council – the Boat Race family-friendly fan park, taking place at the Band Stand, the Promenade, Dukes Meadows from 12noon to 5pm. Entry is free so please come along and watch the boat race as it passes Dukes Meadows, and on our giant screen. Find out more here. 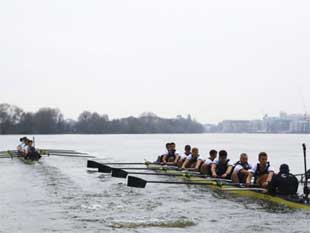 Good luck to the Bees as they take on Derby County on Saturday, having had a disappointing match against Swansea on Tuesday evening, losing 3 – 0.