While at the project, I met local businessman, Will Tyler, Chief Executive of Octink, whose family run business is in Commerce Road, Brentford. Will and I were both very impressed with the work Ballymore have done with regards to The Brentford Project. There were lots of families there on Saturday enjoying the fun. 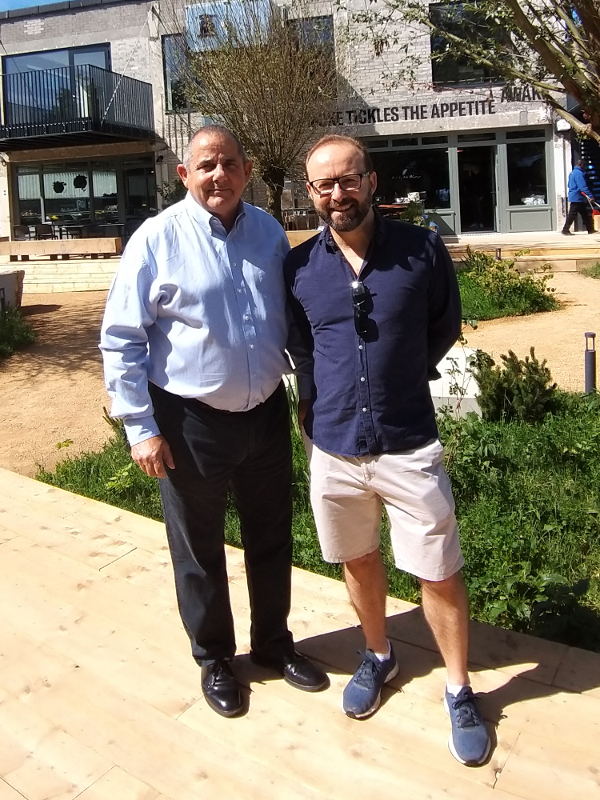 Myself and Will Tyler, CEO of Octink at The Brentford Project in Brentford.

In the afternoon, I joined some friends to watch a very exciting game of rugby. I went to Twickenham to watch Saracens play the Exeter Chiefs in the Gallagher Premiership Rugby final. Congratulations to Saracens who won thirty-seven – thirty-four. I really enjoyed my Saturday!

On Sunday, I received emails from residents who were concerned about littering in Hounslow West over the weekend. So, I discussed this with Councillor Guy Lambert, Cabinet Member for Highways, Recycling and Trading Companies, who was on the case straight away. I’m pleased to say it was dealt with by Monday.

We will be working with Hounslow Highways to reduce the risk of this happening again. Unfortunately, there are still a small number of residents who think it’s okay to fly-tip and drop litter. If we catch you, we will fine you anything from £80 to £400.

Do everyone a favour and dispose of your litter properly!

On Monday, it was back to work responding to emails and phone calls. I also worked on casework.

I was very shocked to hear of the sudden passing of good friend and local councillor for Heston West Ward, Councillor Rajinder Bath. Cllr Bath passed away at home with his family on Sunday. His death has come as a terrible shock to everyone. On behalf of Hounslow Council, I would like to offer our sincere condolences to his family and friends.

Cllr Rajinder Bath held a career in the Civic Service and was one of the longest serving councillors in the borough, first elected in 1990. During his period of office he held several posts, including being elected as Deputy Mayor of Hounslow in 1997 and then Mayor in 1998. He was also made Freeman of the Borough in October 2015 (25 years’ service), as well as elected as Vice-Chair and Chair of various committees and was currently Chair of the Pension Fund Panel. Since Cllr Bath became a councillor, he represented the residents of Heston West with distinction and that continued throughout his career, fighting on behalf of his residents, particularly for those residents who were most disadvantaged, and was a committed lifelong trade unionist. He will be greatly missed by all

In the evening, I was invited by the West London Turkish Group in Hounslow to celebrate the end of Ramadan. I would like to wish all the Muslim community in Hounslow an Eid Mubarak, I hope you all had wonderful day of celebration with friends and family.

Tuesday, I was in central London for the day. In the morning, I attended the London Council’s Leaders AGM. I was pleased to be confirmed again as the chair of the Capital Ambition Board In the afternoon, I attended the Night Time Borough Champions Network meeting hosted by Amy Lamé, Night Czar for London.  This was my first time at this working group, I found it very interesting. As you know, our high streets are suffering at the moment because of high business rates and rents as well as the change in people’s shopping habits and of course, austerity!!

In the evening, I attended the National Planning Awards held at RIBA in central London. I was joined by Councillor Tom Bruce, Cabinet Member for Education, Children and Youth Services, senior officers from Education and Planning and representatives from Grasshoppers, Bolder Academy, Nishkam School.

We were shortlisted for the category of “Working in Partnership”. Unfortunately, we didn’t win which is of course very disappointing. Take a look at the video we created which formed part of our bid.

You can find a list of results for the Planning Awards by visiting the results page.

Thursday was an early start for me as I made my way down to Trimmer Walk in Brentford to mark the opening of the new facilities for council staff. Find out more here 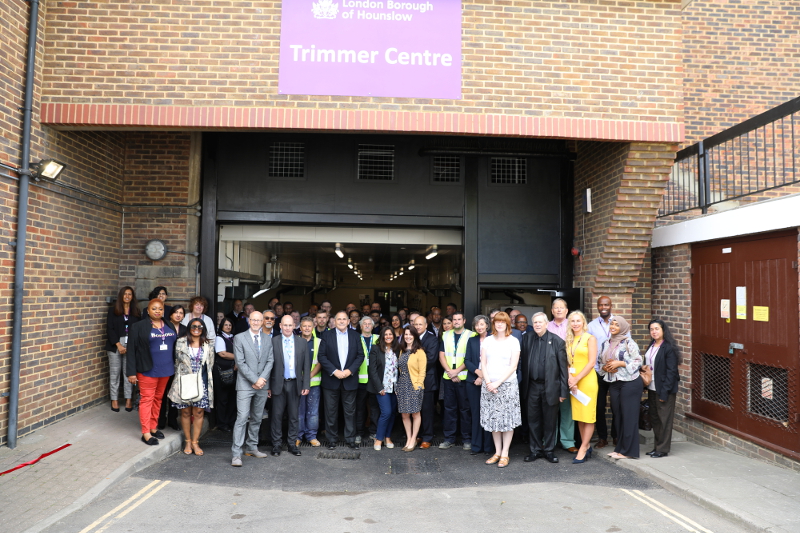 The official opening of the Trimmer Centre in Brentford.

After that it was back to Hounslow House to chair the West London Skills and Employment Board. In the evening, I attended the Beer and Blues event as part of the Brentford Project. It was an enjoyable and very well attended event with lots of local residents coming to enjoy the evening of live music.

At the blues night in Brentford hosted by The Brentford Project

On Friday I attended the Volunteering Hounslow Volunteers Fair, where I handed out certificates and gave a speech recognising the efforts of volunteers in Hounslow. 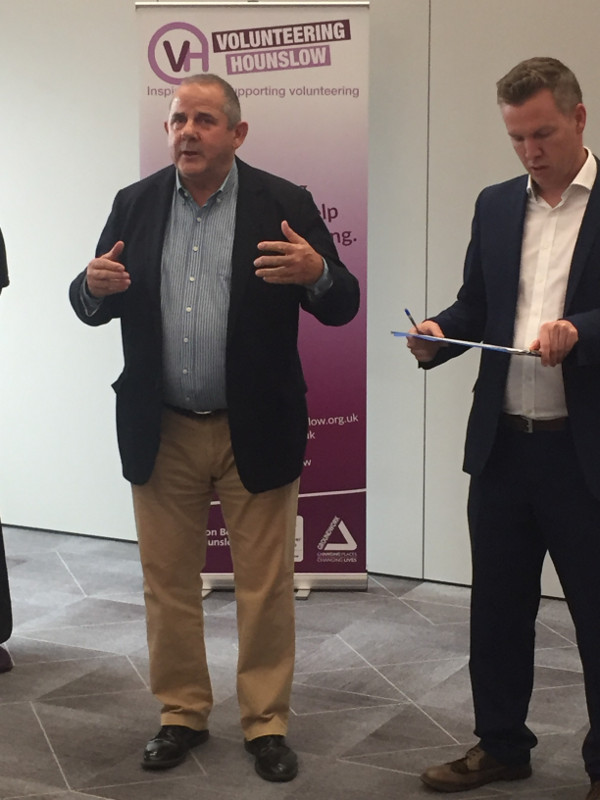 Speaking at the Volunteering Fair 2019

On Saturday morning, I will be at the Augustus Close Community Hall at Brentford Dock for a coffee morning hosted by Ruth Cadbury, Member of Parliament for Brentford and Isleworth. Feel free to pop in and have a chat about any concerns you may have about the local area and Syon Ward.

Good luck to the England Cricket Team who take on Bangladesh in their third fixture of the Cricket World Cup on Saturday morning. Let’s hope the rain doesn’t postpone what looks to be a very close game between two well-rounded teams.