I must start by saying, what a fantastic game between England and the All Blacks last Saturday, England were deserved winners – I wish it had been the final!

As you know, I’m a rugby fan so later on I was delighted to be invited to London Irish v Sales at the Madejski Stadium in Reading. Unfortunately, London Irish took a bit of a hammering, it was a tough game for them, the conditions were awful with driving rain for most of the game. Good luck to the Irish for the rest of the season.

I’m here with London Irish RFC Chief Executive, Brian Facer, holding their match day programme, and as you can see they are backing Hounslow’s bid for Borough of Culture 2021. A special thanks to London Irish, especially the team players who have taken time out of their busy schedules to show their support to the Borough of Hounslow. It’s been incredible to see the amount of support we have received not just across the borough but from many of our other partners.

Talking of our bid to become Borough of Culture 2021, on Monday I joined the Mayor, Cllr Tony Louki, Cllr Samia Chaudhary, Lead Member for Leisure, local supporters and council officers on board a route master bus trip to City Hall in London on submission day!

Along the way, we stopped at many of our cultural and heritage sites in the borough, collecting passengers who are all supporting the bid. It was a great success I think and well received at City Hall by Tony Arbour, London Assembly Member and Seema Malhotra MP.

Well done to Victoria Lawson, Executive Director, Customer Relations, Engagement and Communities and all the officers who were involved in organising and executing a brilliant example of Hounslow’s culture, people and places.

The race to the top place, isn’t over yet - we’re up against three other London Boroughs, so back the bid - keep posting, sharing, liking and tweeting to show your support!

Later that evening, I attended the Labour Group meeting at Hounslow House.

On Tuesday, I met with our partners from the NHS Hounslow Clinical Commissioning Group (CCG), Chair, Annabel Crowe, Deputy Managing Director, Susan Roostan and our Chief Executive, Niall Bolger. We were discussing the financial implications and effects of the merger of the CCGs in North West London into one and how we can still improve further the integration of our services.

It was a very constructive meeting and I look forward to working with Annabel and her team to make sure we have the best possible health outcomes for our residents.

In the evening, I attended Borough Council at Hounslow House, you can read the agenda and reports for this meeting and others on the council’s website.

The council is very grateful for all the work the various Legions do within the borough for our former and serving service personnel. Some residents may not be aware that we have an army barracks in Hounslow for about 500 troops, currently occupied by the 1st Battalion Irish Guards, who provide amongst other things, troops for the ceremonial services at places like Buckingham Palace. Pictured below Hounslow Cavalry Barracks. 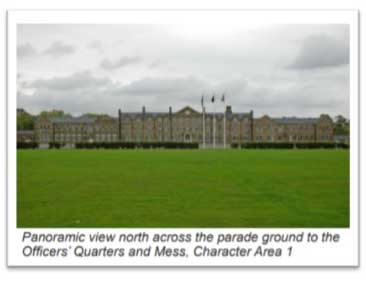 In the evening I met with Cabinet colleagues and senior officers. I spent most of that meeting coughing, so I stayed at home on Thursday and managed to do a few emails between coughing fits! I’ve had my flu vaccination, so I recommend to anyone to make sure they get their vaccination as soon as possible, especially if you are in a vulnerable group e.g. suffer from respiratory problems.

This morning, I went to see the quack! I’ll let you know how I get on next week.

There’s a lot to keep you all busy over this weekend with Halloween events and Fireworks displays across the borough. However, I would like to stress the importance of staying safe and being considerate to your neighbours especially those with pets. Not everyone likes fireworks, and some may even find them a bit terrifying! Read the latest news release from the council on the use of fireworks.

Also, if you don’t like to see those pumpkins go to waste, check out the council’s tricks and tips for how to have fun while reducing the impact on the environment. And if you don’t reuse your pumpkin, put it in your food waste bin or home compost. Remember this picture from a few months ago, I’m the one below. 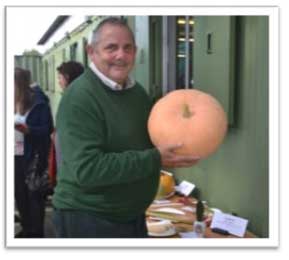 We’re in for some exciting sports this weekend with the Bees up against Huddersfield, so good luck to them as always and best wishes to London Irish who are away to Saracens. Both matches kick off at 3pm on Saturday (2 Nov).

Like many of you, I will have a restless night on Friday in anticipation of the Rugby World Cup Final, with England against the Springboks (South Africa), kick off at 9am our time! I remember the last time England won the World Cup in 2003, it changed the mood of the country and everyone felt much happier, for a few days anyway! Good luck to both teams, but I’m praying that England do their duty for Queen and Country.

I couldn’t go without mentioning the General Election which will be on the 12 December 2019, if you haven’t already registered to vote please do so asap.

Whatever you are doing over the weekend, have fun and keep safe and I’ll see you next week.