Hi everyone, I hope you’ve survived the weather over last few days. Although I like the sun, even for me it was a smidge too hot!

I would like to thank Deputy Leader, Cllr Lily Bath for holding the fort while I was away for a couple of weeks.

Back behind the desk on Tuesday afternoon preparing for Borough Council.

One of the important agenda items at Borough Council was the boundary review. The council approved the recommendations in the report. A link to the borough council agenda can be found here.

On Wednesday, I joined the Mayor of Hounslow, Tony Louki at Isleworth Cemetery on Park Road. We were invited for a cup of tea, and cake and to look at the work being carried out by the Hounslow Men in Sheds. They’ve done an amazing job in refurbishing the chapel and mortuary.

I visited the Men in Sheds when they first started the project and the transformation since then is outstanding. They also restore vintage cars and motorbikes.

Hounslow Council has previously supported the Men in Sheds through funding and community grants and they have now received a grant for five thousand pounds from the Heathrow Community Fund.

I would like to thank their Chairman, Paul Gibbinson for inviting the Mayor and myself down to see their progress. 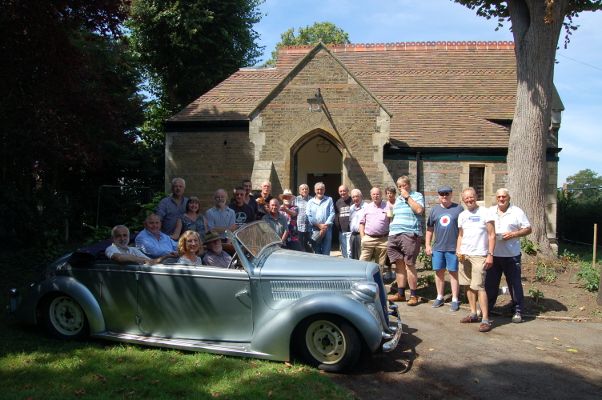 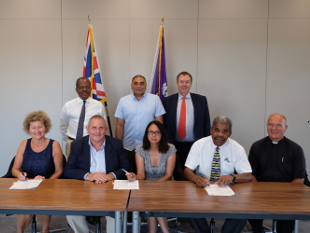 On Thursday morning, I popped in to the Verdict Bakery in Brentford (Old Magistrates Court) before coming into the office. I was delighted to see that the fountain is back in working order.

Later, I attended the topping out ceremony of Block D in the High Street Quarter development by Barratt London on Hounslow High Street. To say it was hot was an understatement, but, the views from the 12th floor were impressive and well worth it. 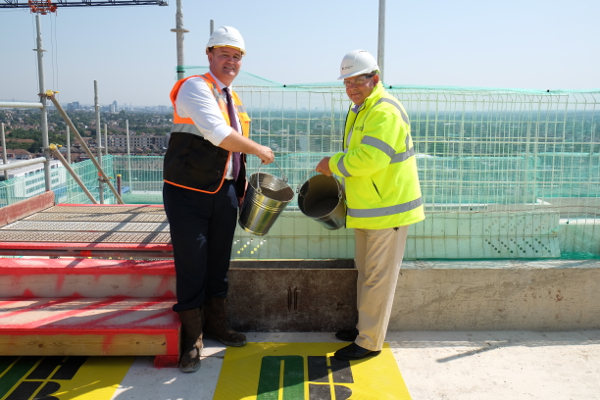 This morning, I attended a Learning Disabilities forum held at Hounslow House, I was delighted to be invited to say hello and discuss some of the issues that affect young people with learning disabilities and autism.

This evening, I will be joining Eddie Nestor on his Drivetime programme, Meet the Leader’s on BBC Radio London at 6.30pm. I will be discussing a range of topics relating to Hounslow including; the work we are doing to regenerate the borough, keep our residents safe and to provide good quality jobs and homes to local people of Hounslow.

Tune in if you have a chance or even better, if you want a question answered live please email eddie.nestor@bbc.co.uk and include a phone number.

For those of you that are going on holiday for the summer, have a great time and a safe journey.

The temperatures are expected to drop over the weekend but please do remember to check on your neighbours, stay out of the direct sun between 11am and 2pm and most importantly keep hydrated.

Hope you all have a great weekend!