Congratulations to Brentford FC who travelled to Middlesbrough last week and came away with a well-earned and hard-fought win! This weekend, they are playing Hull City at Griffin Park so best wishes as always to the Bees. We should also note England beat Wales last Sunday at Twickenham, ending the Welsh unbeaten run of 14 games. Well done to England and good luck to them as they take on Wales in the return match in Cardiff this weekend - apologies if our Welsh residents think I’m biased towards England!

Back to business, on Tuesday I met with council officers to discuss our plans for a homelessness campaign which we are launching in October - more news on this later.

I’ve had several residents contact me who are concerned about Hounslow High Street, raising issues concerning criminal beggars, anti-social behaviour, etc. We are putting together a small team to deal with the issues raised regarding the high street, and I anticipate seeing a marked improvement over the next few weeks. Residents who use the high street will have seen or may be aware that we are no longer extending the contract for the market in the high street. We will be issuing a statement next week on this. This decision has not been taken lightly and we informed the market management company that we intended to close the market six months ago. We have the support of local councillors and local businesses. We have planned a series of improvement works to the high street to tidy up and clean the public realm.  To ensure the regeneration of Hounslow town centre continues at pace, we must improve the environment for residents and business.

On Wednesday, I went to Lords to watch the cricket second test, unfortunately it was a wash out. So disappointing! I strongly believe that breaking the tradition of holding the first day of the test match on a Thursday was a grave mistake!

On Thursday many students in Hounslow would have received their A-Level results and would have started to confirm their offers for University. I was fortunate enough to meet some students in the library at Hounslow House who had just received their results and they all looked pretty chuffed. For some students, university may not be an option and the council’s Connexions, Skills and Employment teams are here and ready to provide help and support to those who may not know what to do next after A-Levels, whether it be university or an apprenticeship. Irrespective of your results, well done to you and your families, our schools and teachers for all of your hard work, you are a credit to the Borough of Hounslow. 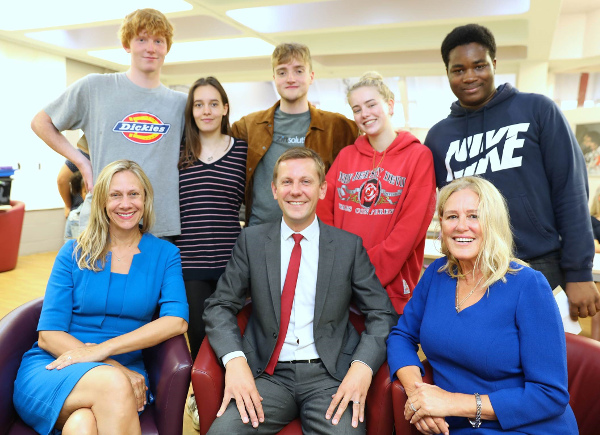 Cllr Tom Bruce from Hounslow Council meets some of the A Level students at Chiswick School on the day the results were announced.

In the afternoon, I attended the Green Flag flying event at Beaversfield Park. Hounslow has twelve parks and open spaces which have received the prestigious Green Flag award. Congratulations to Subash Mahajan and the Friends of Beaversfield Park friends’ group for all their hard work over many years and retaining their Green Flag Award. I would also like to thank all the other friends’ groups who work tirelessly to keep our parks in good condition, and especially thanks to all those groups who have received their green flag awards again this year. 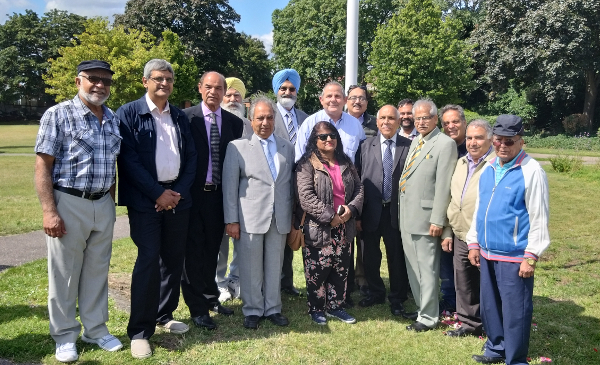 On Friday, I was out and about in my ward and I reported a couple of fly-tips to Hounslow Highways who provide an excellent service in removing fly-tips within 24 hours of reporting . If you see or know anyone who is fly-tipping  please report it the council or Hounslow Highways. We are launching a new initiative called ‘Grime and Punishment’; you’ll be seeing this on our website in the next week or so. People who fly-tip are anti-social, and their anti-social behaviour will not be tolerated. If you are caught fly-tipping, we will issue the heaviest of possible fines and/or take you to court – don’t fly-tip is my advice!

I also want to offer my best wishes to our residents of Pakistani and Indian descent who celebrated their respective independence days this week.

Rain has stopped play in the Ashes, again!

England have set a two hundred and fifty-eight run total in the first innings of the second test. Australia are currently eighty runs for four wickets. It's looking very unlikely that play will continue until tommrrow when the weather settles.