Hi everyone, I hope you enjoyed the long bank holiday. We had some brilliant weather over the weekend and even better sporting results. England Rugby beat Ireland 57– 15 on Saturday at Twickenham, a good training exercise for the upcoming Rugby World Cup in Japan in September.

Three cheers to Ben Stokes who single-handily saved the Ashes for his country tying the Ashes series one a piece.

On Sunday evening, I was at a loose end, so I popped along to Strand on the Green to take in the air. So, it was a good excuse to pop into the former home of Café Rouge which is now a pub called the Steam Packet. I had the pleasure of meeting Hannah Hart, Assistant Manager. Hannah and her team made me feel very welcome. I would encourage all residents to support local businesses especially our pubs and restaurants as they are feeling the pinch at the moment. I won’t go into why! While I was there, Hannah also asked me to sort out a blocked gully in the road in front of the pub which I will of course do! 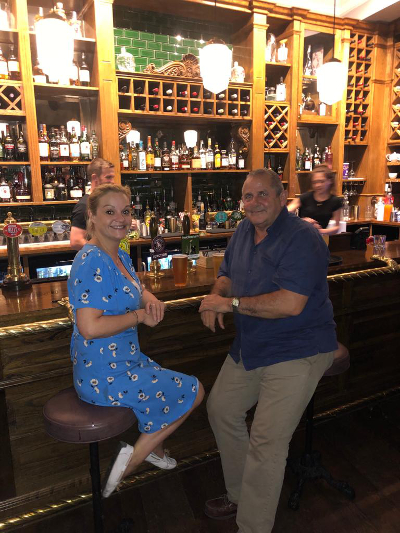 London to Paris air service; The Times newspaper inserted a snippet from the article printed on 26 August 1919. Three aeroplanes made their inaugural flights from Hounslow Airfield (now Hounslow Heath Nature Reserve) to Paris. 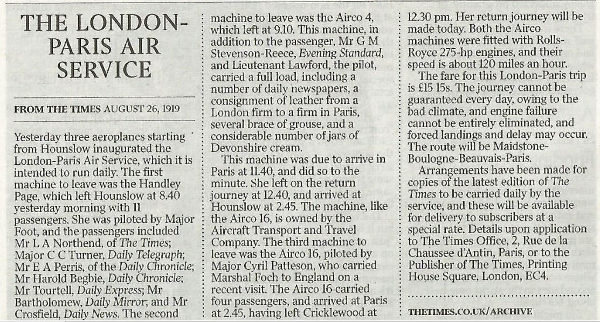 It was back to the office on Tuesday, starting off my morning with a weekly round of one-to-one meetings with senior council officers. In the afternoon, I met with Alan Fraser, Deputy Headteacher of Cranford Community College and our Senior Traffic and Transport officer to discuss the improvements to the public realm and the road to make it better and safer for sudents and residents.

While meeting Alan, I saw two black bags fly-tipped next to a street litter bin, I cannot understand why people are still fly-tipping, it’s not acceptable to put any domestic rubbish either in or next to street litter bins! If we catch you, we will fine you heavily up to four hundred pounds. Don’t do it! 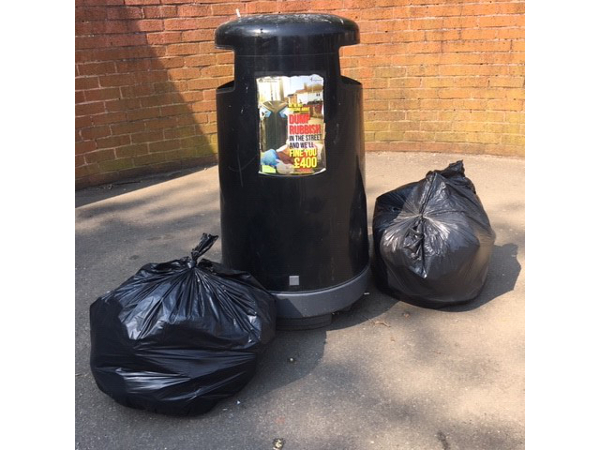 On my travels, I also noticed a large flytip on the junction of Sutton Lane and A4 which was made up of building and domestic waste.

This has cost you, the residents of the borough, over £2,000 to clear up and wasted a lot of officer time and resources. Our enforcement officers have found some interesting information from going through the fly-tip and investigations are ongoing. We are cracking down on these criminal fly-tippers so if you have seen anything over the weekend please get in touch.

If you see people fly tipping, please report it immediately, we will do everything we can to catch the culprits and bring them to book. It makes my blood boil when I see fly-tips we have so many residents and groups that spend their time clearing up their communities for everyone’s benefit only for these inconsiderate people to destroy their hard work.

Visit our Grime and Punishment homepage

On Wednesday, I was saddened to hear of the death of Cllr John Chatt after suffering a short illness at West Middlesex Hospital. On behalf of Hounslow Council, I would like to offer our sincere condolences to his family, friends and his constituents in Feltham North Ward.

Cllr John Chatt was one of our longest serving councillors, having served 29 years, first elected to the council to the Feltham North ward (the ward for which he served all but four years of his council career, the other being Cranford in 2010) in 1986 and served until 2006, before being re-elected to the council in 2010 and serving continuously since then.

Cllr Chatt’s contribution to the borough will be greatly missed, his knowledge goes back many years having held the most senior posts in the borough over a long period of time. He oversaw significant changes and improvements to the borough whilst Mayor and Leader of the Council”.

On Thursday, I was up early to take the car for its MOT in Surbiton and spotted this magnificent deer having breakfast in Richmond Park from the window of my car. (I had stopped!) 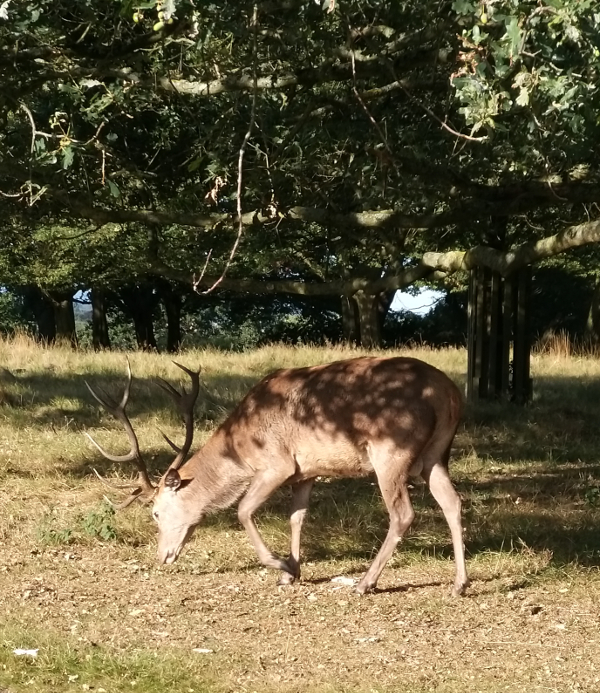 On Friday morning, I visited Caspari Lounge and Restaurant which resides in the Old Fire Station at Brentford. We were joined by officers from the planning and conservation team. We’re looking at how we can help the owner respect the listed building but still make it an attractive place for people to enjoy. I fully understand how difficult it is for High Street businesses at the moment in Hounslow and London.

In the afternoon, I was delighted to join the Mayor of Hounslow, Cllr Tony Louki in meeting a group of children from Heston who were being shown around our new offices by Councillor Harleen Atwal who arranged the visit. We were also joined by Cllr Katherine Dunne and Cllr Karen Smith, the children were very interested in the Mayoral bling! (chains of office) It was a pleasure for the Mayor and I to explain our roles and duties in the borough.

Good luck to the Bees who play Derby County at home on Saturday. They come off a one – nil defeat against Charlton Athletic but let’s hope the boys can bounce back and seal a victory this weekend. There will be a lot of traffic around the grounds on Saturday. Kick off is at 3pm so please make sure to plan your journeys ahead and if you can please use public transport, cycle or walk!

I hope you all have an enjoyable weekend!