Firstly congratulations to Brentford last week on their fine 3-nil victory, I think it was a definite case of the Rams getting stung by the Bees.

For those of you that have noticed, September began this week and winter has crept a touch closer. I’m sure many residents are already beginning to prepare for the autumn months. On Monday, I was in the office preparing for Tuesday’s cabinet meeting. We had to make extra preparations as we were expecting a full house for the agenda item on Cycle Way 9 (CW9) and indeed it was. We had to limit the number of people who attended but in the end, it was a very manageable number of about 100. CS9 was debated for nearly two hours and I personally congratulated the audience on not interrupting, shouting out or generally mis-behaving. One well-dressed gentleman in the front row then said – ‘…that’s because we’re from Chiswick’, which got the biggest laugh of the evening.

Another important item on the Cabinet agenda was Hounslow Council’s draft response to Heathrow Airport Ltd.’s statutory consultation on Airport Expansion. If you couldn’t attend on Tuesday, we livestreamed the agenda item on CW9. We also discussed the Workplace Parking Levy. All three key issues were agreed unanimously. A link to the report can be found here.

On Wednesday I was up early for a radio interview with Vanessa Feltz on her BBC Radio London Breakfast Show. For balance, she also interviewed Roula Konzotis and Will Norman, Cycling Tsar for the Mayor of London, who spoke passionately in favour of CS9 at Cabinet the evening before. You can listen to the interviews on BBC iPlayer here.

In the afternoon, I met Rebecca Mastrogiannis, Environment and Sustainability Manager from Hounslow Highways who led an enforcement operation in Wigley Road, Feltham to look at a range of issues from littering, fly-tipping, badly parked vehicles, you name it.  I know I bang on about it but fly-tipping is an absolute disgrace to our community and we are doing all we can to stamp it out.

Later that afternoon, I had the pleasure of sharing a coffee with with Sonia Ferdousi, Rebecca and PS Erika Morris and PC Lou Roberts from our Police Team, who are putting together the plans for next year’s Joint Services Open Day.

For those of you that went to this year’s event at Bedfont Lakes, it was a great success - here’s a picture of the London Fire Brigade cutting Mayor of Hounslow, Tony Louki out of a car. 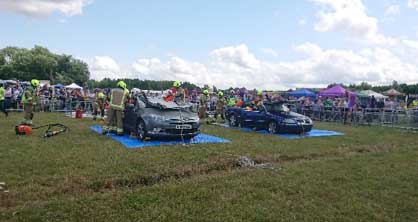 On Thursday, I chaired the West London Skills and Employment Board meeting at Hounslow House and on Friday, I was in central London for London Council’s Labour Leaders meeting. In the afternoon, I teamed up with Cllr Guy Lambert to meet representatives from Brentford Voice, it was a very positive meeting and had lots to discuss. We all have the same aim which is to improve Brentford as a place to live and work.

I’m looking forward to going down to the Thames at Strand On The Green for Tidefest on Sunday (8 September), an event the Council has supported for several years. It’s a celebration of all that the Thames has to offer and is a great day out for the family. 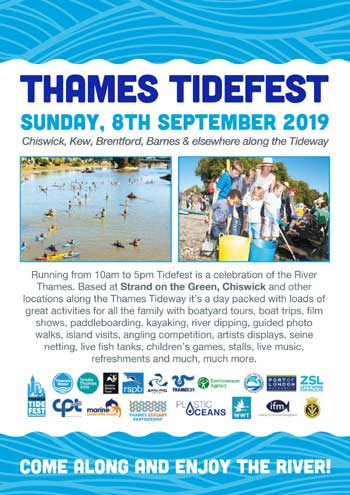 I hope you all have an enjoyable weekend.