My blog this week is very short!

Last weekend was a great disappointment, England losing in the Rugby World Cup final, I think we lost the game in the first five minutes! We were beaten by the better side on the day but congratulations to the England squad who had a fantastic tournament and will put us in good stead for the Six Nations in the new year. Unfortunately, Brentford also at home lost 1 - nil to Huddersfield which is a great shame as their away form has been really good in the last few weeks.

As I mentioned last week, I have finally succumbed to a nasty chest infection. I received a great service from my local GP so I’m on antibiotics, but I decided to take the week off except for a few engagements. It’s not pleasant meeting people when you are coughing all of the time, as I’m sure you’ll all know but I’ll be back in the saddle next week!

One of the things I did attend on Thursday morning was at Feltham Pond. It was great to see local school children from Edward Pauling Primary School involved in our project to refurbish Feltham Pond and the surrounding area. The picture shows one of the children putting baby carp back into the pond - if you get a chance go and have a look, the work has already made a great improvement. I would like to particularly thank Angela Parton, a community activist who I have been working with over the last year to get this project off the ground and started, and council officers who have been instrumental in progressing this project, especially Stefania Horne, our Head of Parks and Lee Williams, Parks Project Manager, as well as support from Cllr Samia Chaudhary, Lead Member for Leisure Services. By next Spring we hope to have all of the work completed. I hope this in some small way, helps to reassure residents of Feltham that we do care about them. 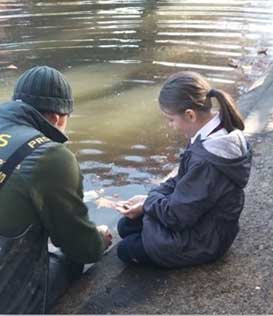 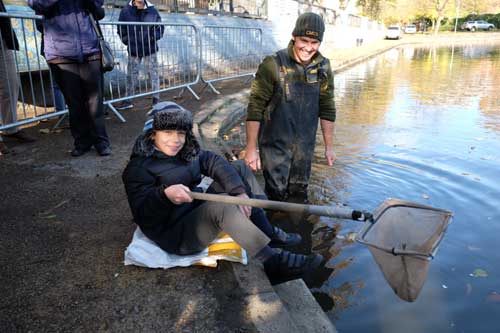 Pictured above: Two of the Edward Pauling school kids putting carp into the pond this week. 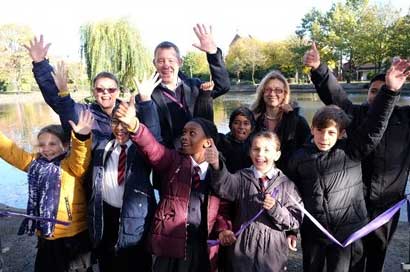 This will be my last blog until after the General Election on 12th December 2019, this is because during the pre-election period we are not allowed to promote any political party in any way so to be on the safe side I have decided to suspend the blog for now. This doesn’t mean that council business stops, quite the opposite, so if you have any casework or queries please contact your local councillors. During the pre-election period the council is absolutely open for business.

On Remembrance Sunday this weekend, Councillors will be attending all of the commemorative services across the borough. We mustn’t forget the sacrifices our residents have made and some of them the ultimate sacrifice for protecting our country. I would like to thank all of the British Legions in Hounslow for the great work they do all year round not just on Remembrance Sunday. Details of the services across the borough can be found here; Borough of Hounslow Services of Remembrance. 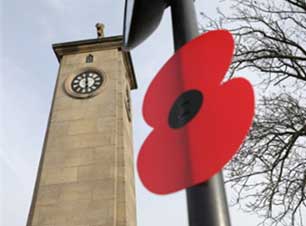 Have a good weekend, don’t forget to wrap up warm and check on elderly or vulnerable neighbours who might find it difficult during the cold spell.

I will be in touch again after the election.